Down south to Hoi An

Much has had time to happen so I'll try to look back and download all tahan the same spelling. Lisa posts may be coming later, but now is the rush to put the images and to go diners because I have the hunger!

Come on, that is, Halong Bay after stopping in Hanoi as one of y; KSI Mista we bought an open bus tour - ticket ($ 18), with which we can travel to painlessly Hanoi HCM City always up to. We took tickets at five stop in order to see ya wax what kind of country we Actually, my being!

Hanoi, I took a pretty chilled out evening and in the morning we went to breakfast rooftop terrace and colliding with ALL our Halong Bay familiar ...
Well no choice but to buy entrance tickets and package.
The taxi came to pick us up at bus stops and soon we were in the ointment with a crowded busloads. A couple of hours and we were following our plant:

Ninh Binh
Ninh Binh is areat place, lots to see and the hotel was just in front of river. This fine hotel and paid a $ 7 per room per night ... Did not live up dawned yes kolmeetoista mut sent to kaveleen took my offer seven dollars. The hotel also offered very tasty food to very cheap! Eg. Noodles with chicken 10,000 a 0.5e! yum! came again into hunger ... 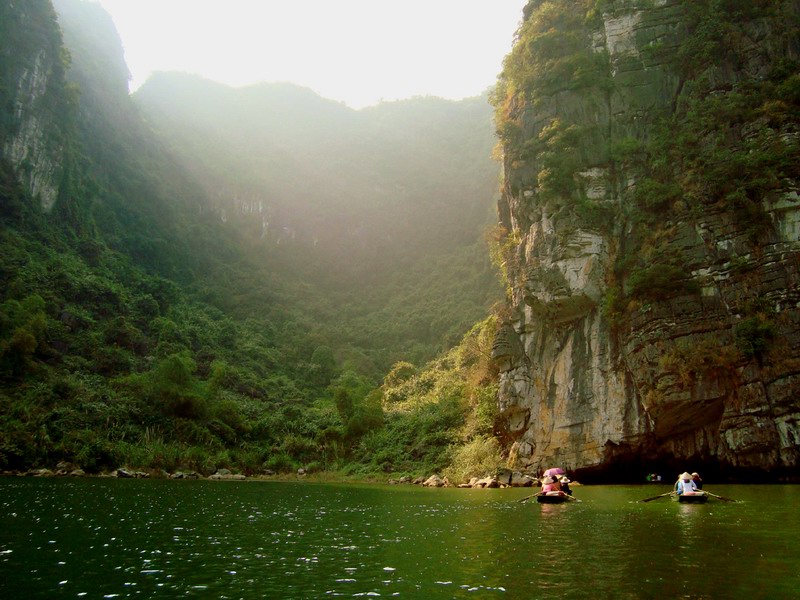 It was resolved the next morning having subject unto bicycle and run fast ride on the river about 7 km on the head. Biking in was really easy because there was not a sweet and gets was like a bride! On. This was reached without panics ... no wax panikoimisen after the works brought traffic is different than the wax there for home in Finland .. Well at long last, however, perilla and driver was the little old man, and was sent to transport. During the trip, it is customary that you also help paddling so were pretty nice floor exercise various effects when melottiin then 2h. Brilliant, absolutely incredible scenery and lots of local public river along the rice fields. We do not cold had nothing information for all laughed mut seems to us, I do not know why ... nyyh.

After the ride pyorailtiin one Pagodalle and the other for the house and the journey in question. day came to 22 km! In the evening we sat in the lobby bar Hotleliln evening with other travelers and gave tips on what to do the next day.

After enjoying a revival, and our breakfast we decided to rent a motorbike for the day, the price of mademoiselle came to $ 3 per bike. Introduced two public Monday when I have not ever driven wonderful I did not dare public leaves along the motorway suhailemaan. That is, two wheels and the cam towards the quieter roads and beautiful scenery. Circled around our time and to find a new path vacuum had not yet traffic at all so I tested the driving Mika on the other hand it was easy to be scared mut the other hand, a bit of a bump can knock down the bike and fall would be costly in a pained my bank account. After a while I drove the new road, but then there was Katrina's turn continues. Ends pinoiselle road (we did not have gender stage nothing left to smell where you are ....), and in front of a sign that said something Pagoda and 450m -> tohon direction. It was resolved Departure for the adventure, and before huomattiinnkaan the local population was attached to the sleeve would pyrat tanne and we will advise you ... this bodes always be loss of money is like a premium and the rent in his name. Well, pini girl and an older gee bay ohjaaksemme and soon suffix ran the younger allow the beverage bag in his hand and, of course, began a terrible sales pitch. It was decided that one Coke three pekkaan is enough. Landscapes were excellent and the weather was beautiful, the valley minka middle walked a small path, and the sides were rice fields. End of the path with long and costly in korkeet stairs so melkeen lost the spirit of various effects. After all, the pagoda was small and almost let mitaansanomaton. Well, fortunately, landscapes repaired disappointing.

Continued the journey and end up another Temple, the site of a small village and kaytiinsitakin watching. Landscapes again as breathtaking. After all, we found back to the hotel and it was time for a beer. Evening began to grow again in the hotel bar, and Canadians the girls in a hotel room in the form of jatkojen, by not seriously was not quite the smartest bet because the next day was a bus 12h ...

The next day was a bit of a weakness serious about running, but fortunately improved before a night bus to the next towards the kohdettamme began. The bus trip went well and gave some sleep around 10h time 😊

Hue
We arrived in the morning at 8:30 am in Hue, which is the third largest city in Vietnam, if I remember correctly .. As soon as the bus ulospaastyamme number of hotel boys ran to catch us and to provide hotelliensa Card and price information (?). It was resolved to rest and think what to do while enjoying the sunshine and soft. After some contemplation, in which direction you want to change, or to go, it was decided to ask the opposite to the public from the moment our hotel pricing information. We sent Katrina about it. After returning from Katrina announced, that $ 7 to room kolmelle..tamahan passasi. The room with two large beds, tv, good toilet and anyway all quite ok. The hotel's location what the grandest. Well let 's take small nap! We woke 5h later the whole company and it was decided outputs to eat. 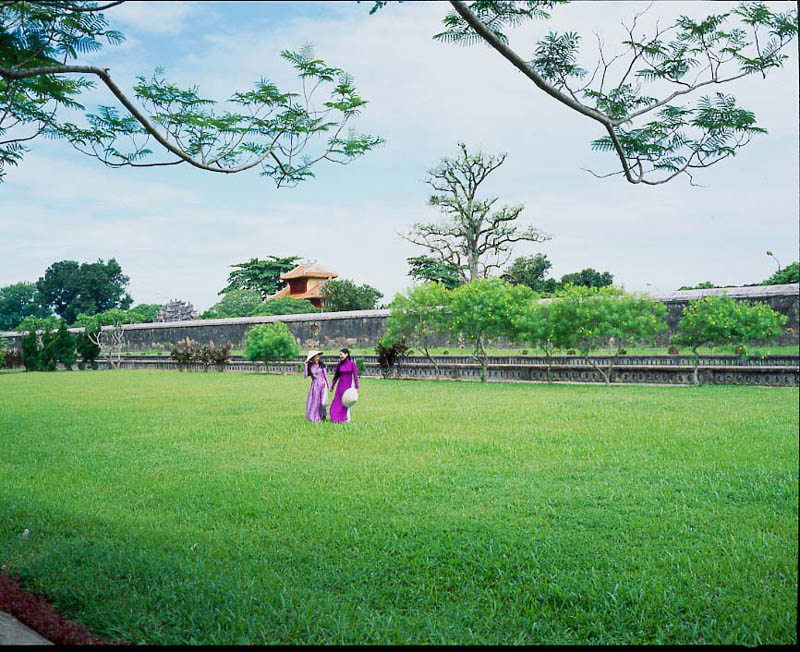 Little Italy was the name of the place and the food chicken burger with fries. In the evening we went to a place called the DMZ to play free game of pool and drink beer. Place seemed really quiet at first so traded on the location of Why Not? - The name of the bar and enjoyed our stay there for a couple of beers until Katrina and Ben wanted to sleep. I decided to be the subject of a look DMZ cost (Restaurant Thus, 20m away from our hotel), and lo and behold a miracle, place now was just crammed full of beer and I decided to space. After a while, the group in which Australians and Swedes to approach me and the seat rest of the evening, therefore, in their company.

The next day was again subject unto Motorcycles and lehttiin search for the beach! Motorcycles renter drew us a relatively selkeen the map and we decided to follow it. We found the place really easily and it was decided to sit down to sunbathe Mika was shining beautifully. Sea water had an unpleasant brown, but everyone in various effects at play and clams Pick. Waves though it was too big to swim quite unusual to dare to go! Back to the center when we took a look at HCM's house, Mika was on the way. The good condition tono small island minute drive from the center. Some just had to wax sights to see ... yes we we went with Katrina Citydel: continue Mika is the area Huesta who got the most hits Vietnamis War.
In the evening we went to a two-hour bus trip follows

Hoi An
Current destinations too. Let's now been here for two nights and one more will be like. Hoi An Tailors center with clothing mittatilaustyo is cheap as soap! I decided to acquire the following: jeans, dress, skirt, tank top and sandals, all together the price will be around $ 55 ......... is therefore practically anything! However, jeans are the only ones at this time nearing yesterday when I did not know what kind of vaattet I want. Now I already know everyone else except in a dress model that my need to find before the evening! eek! 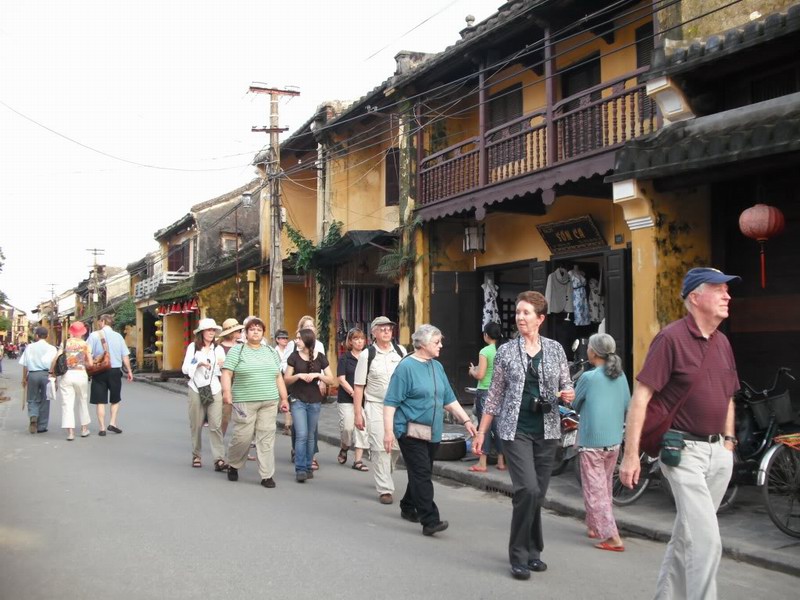 Kapunki is small and cute. the middle of the flow of the river which each on the beach is full of wonderful restaurants. Let's be decided in the evenings always ordered a variety of dishes, and then everyone gets to taste everything! Hyvaa to be had!

Ekana evening we went to a couple of olusella until the two were aussipoikaa that the first time I was Hanoi. They came to invite us to the other side of the river Salsa name of the bar for vacuum flow was high. It was resolved that the departure of boys and were couples oluset. Expenditure was korkeella and a bunch of people had a lot, but again as Katrina and Ben wanted to bay to bed on time so the controller will follow Aaron and partners until retiring to our hotel.

The next day, Ben and Katrina wanted to bay a motorcycle adventure and I take it easy at the hotel, when the air was not at all good for. katoin a couple of movies on TV, and sorted the images, etc. until the couple arrived and was sent to dinner. Food, therefore, again as heavenly. After this everything was just pulling away so quiet evening when Ben pulled out the hotel and we were sent among the girls shopping.

This afternoon, getting known in Benin suit and Katrina shoes + other wefts and my jeans and a new order!

Sit I do not know what! But I'm feeling like do anything ku tomorrow'd 11h while on the bus, but fortunately against the night and the following destinations in Nha Trang! Beach Destination with friends Joonaskin from Finland arrives! jihu!